How Jeannie, Jonathan, and the Lavine Family are Emboldening a Community to Fight Rare Cancers

Cancer Affects Us All

Cancer has affected our family personally, something far too many people can relate to. Jonathan’s parents are both survivors of non-Hodgkin lymphoma. Nathan, our future son-in-law at the time, was diagnosed with cancer in 2019. Today, he has an excellent prognosis, thanks to the ingenuity of his care team and the amazing drugs that are now available. We’re dedicated to supporting cancer research because effective early detection methods and novel therapies allow doctors to save more lives. 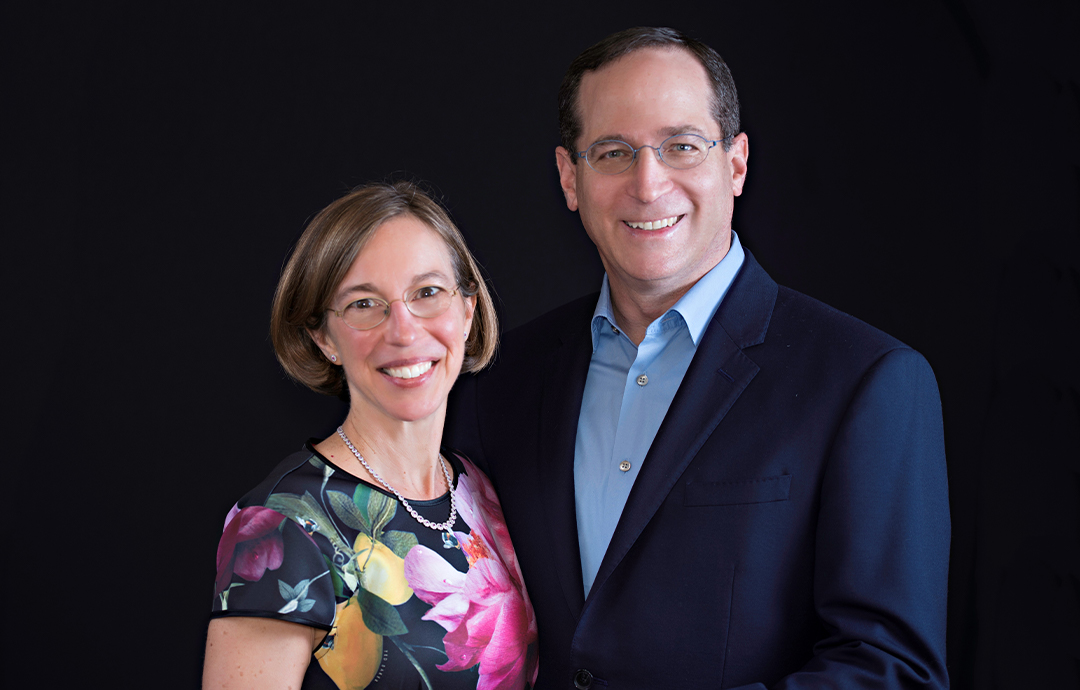 We have been participating in Cycle for Survival, MSK’s movement to beat rare cancers, for more than a decade. Marc and Lori Lavine, Jonathan’s brother and sister-in-law, originally encouraged us to get involved. Marc is a longtime Cycle for Survival leader and a key advocate for the cause. Since 2009, he has served as a captain of top fundraising teams and has cycled in events every year, including as an Extreme Rider — cycling for four hours nonstop! His relentless enthusiasm inspires us every day. We have never seen anything like the energy and devotion that comes from the Cycle for Survival community. We’re so proud that over 350 employees from Jonathan’s company Bain Capital have participated in Cycle for Survival events in Boston, Chicago, New York, and San Francisco since 2013 and collectively raised more than $2.1 million.

The need for sustained research funding is urgent. In January 2021, we launched the Crimson Lion / Lavine Family Foundation Match to Inspire to help Cycle for Survival participants push their fundraising further by matching leadership gifts. This match builds on our previous sponsorship of the Million Match Challenge, which between 2015 and 2020 generated nearly $30 million for rare cancer research led by MSK.

MSK Is Synonymous With Innovation

MSK is a leader in drug development, operating one of the largest clinical research programs in the world. We’re thankful to the physicians and scientists who devote their lives to developing new treatments. We hope our contributions give them the ability to continue to pursue bold ideas.

It is crucial that we continue to raise money for new treatment options. Cancer doesn’t stop, and I know this community will never stop either.

About Jeannie and Jonathan Lavine

Jonathan is Co-Managing Partner of Bain Capital and Chief Investment Officer of Bain Capital Credit, which he founded in 1997. Jeannie is a former management strategy consultant with Boston Consulting Group and is a trustee of the Crimson Lion / Lavine Family Foundation alongside Jonathan.

Jeannie and Jonathan are dedicated to educational organizations that provide much-needed support to underserved students and families, such as City Year and LIFT, and to the higher education institutions Harvard Business School, Harvard T.H. Chan School of Public Health, and Columbia University. The Lavines also established the Library of Congress Lavine/Ken Burns Prize for Film with The Better Angels Society, which awards excellent historical documentarians.

The Lavines have long-standing relationships with civic nonprofits, including the New England branch of the Anti-Defamation League, which fights against anti-semitism and hate, and Combined Jewish Philanthropies of Greater Boston, which supports people of the Jewish faith. Additionally, Jonathan has been recognized by several civic organizations, including receiving the New England branch of the Anti-Defamation League’s Distinguished Community Service Award, Opportunity Nation’s American Dream Award, and the Voices for National Service Citizen Service Award.

In addition to their relationship with MSK, Jeannie and Jonathan have close relationships with multiple healthcare initiatives. The couple donated $500,000 to Brigham and Women’s Hospital to fund the Lavine Family Research Initiative, which supports migraine research, and $25 million for the Lavine Family Fund for Preventative Cancer Therapies at Dana-Farber Cancer Institute.

In 2018, Cycle for Survival presented Jeannie, Jonathan, Marc, and Lori with the Battle Summit Game Changer Award in recognition of their passion, generosity, and unwavering dedication to Cycle for Survival’s growth, success, and impact.